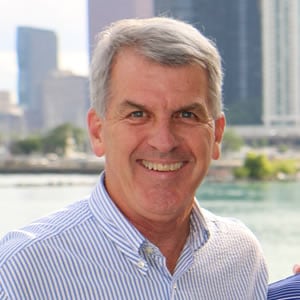 The Consequences of a World Without God

There are many reasons to believe there is a God out there. Others can give you some of the reasons for that belief. But, have you ever asked yourself what goes away if there is no God? What if natural selection is truth and only the strong do, in fact, survive?

I personally believe that societies, if left to their own devices apart from God, would eventually come to some list of norms that would help all people survive. “I’ll stop at the stoplight, if you’ll stop at the light. Both of us will be safer.” The list of norms might well be extensive. But these norms would only be suggestions for mutual benefit. They would not represent objective standard of right and wrong that would be true regardless of community consensus.

I made this proposal in a multi-faith group some years back. As the conversation developed, some of the guests proposed different objective moral standards which they believed were more than just societal norms. With every suggestion, however, a Jewish atheist friend continually declared each of them as nothing more than societal impositions that did not need a God.

After a while, I reminded my Jewish friend I had proposed the role of societal norms and then asked, “What happens when a society creates a norm that everyone knows is morally wrong?” He gruffly asked, “Such as?!” I replied, “You really don’t want me to answer that.” Again, he said gruffly, “I absolutely want you to answer that!”

“What about the holocaust?” I responded. He literally grabbed his heart and said, “Oh my God!” Months later he told me it was the turning point in his spiritual journey. It reminded him that he wanted there to be a God and actually needed a God. It helped him see that without a God, we would have to say that the holocaust was morally right in its time because it had become a societal norm.

Were we left only with a process of natural selection and strong survival, we might well disagree with Hitler’s “Final Solution,” and even hope to stop it. Had the Allies not been stronger than the Nazis, we might all be living under the swastika today. As it is, there is a universal revulsion at the thought of ethnic cleansing. Other than dictatorships (and even then, only amongst the closest confidantes), no culture has ever celebrated the mass killing of even dissidents, let alone undesirables. This, I suggest, is because there is a God who stands outside of society that has set objective standards that continue to speak to us even when societal norms move away from them.

If there is no God—a Creator with good intentions and means—we can’t argue that all men are created equal with certain inalienable rights. We can only argue that people have rights if society decides to give them some. With no God, we’re just here by accident with no automatic rights or privileges. We might well call things morally right or wrong, but they are nothing more than societal whims enforced by the powers to be. And a quick review of history tells us that those whims are more likely to give certain people rights and take them from others.

Without a good, perfect, and powerful God who created us, there is no objective moral plumb line in the universe. There is no ultimate basis for saying racism, sexism, socialism, even fascism is wrong. We may feel so strongly about those things we would fight for or against them, but unless there is a moral law giver who by his nature and as our creator sets the standard for morality in the universe, the value placed on any individual or community is mere preference. There is no basis, other than societal norm, for saying something is inherently wrong or evil.

These are just some of the consequences of a world without God.